If baked goods don’t come to mind when you think of Spanish cuisine, you’re missing out.

Madrid is home to many bakeries serving everything from artisanal breads to deliciously indulgent goodies. Here are the best bakeries in Madrid that every foodie needs to check out!

Family-run bakeries pepper the narrow streets of Madrid, tantalizing passersby with floor-to-ceiling windows displaying countless varieties of freshly baked deliciousness. Chocolate-filled croissants gleam beneath Spanish style cream puffs and French-inspired macarons. The intoxicating smell of freshly baked bread wafts out into the street, making it nearly impossible to stop in and pick up a loaf or two.

From century-old bakeries to modern, award-winning pastry shops, here are the bakeries in Madrid that should be on everyone’s agenda.

How to Shop at a Bakery in Spain

First things first: Before you head out to a Spanish bakery, it helps to know what you can buy where. There are two main types of bakeries in Spain.

Some bakeries are combination panadería-pastelerías, and sell both kinds of baked goods. But when in doubt, just look for the word that corresponds to whatever you need!

Once you’ve narrowed down where to go, you’ll want to know what to order. Here are some helpful Spanish vocabulary words that will come in handy when buying baked goods.

Panic is a relatively newcomer on the Madrid bakery scene, but has already won the hearts of countless foodies. This bakery puts an emphasis on organic, homemade breads, all of which are made by hand at the shop.

While waiting to place your order, take a moment to watch their baking masters in action. Through a large glass window you can gaze into the kitchen where they’re hard at work mixing, proofing, and sorting the freshly baked breads.

The region of Galicia in northwestern Spain has long been known for its excellent quality breads. So much so, in fact, that when Moega’s eventual founder Manuel first moved to Madrid from the Galician town of Ferrol, he had to stop eating the bread here. (The quality was that bad in comparison to what he was used to eating at home!)

So he took matters into his own hands—and in 2016, Moega was born.

All of Moega’s bread is organic, using natural yeasts and whole grains. And because good things take time, the dough takes time to rise as the yeasts slowly ferment to perfection. As a result, each bite of every single loaf and bollo is packed with flavor.

A tiny gem of a bakery in La Latina, Obrador San Francisco prides itself on careful production processes and high-quality ingredients. As a result, their bread is considered some of the best in all of Madrid.

In addition to some seriously excellent baked goods, the team at San Francisco also makes this Madrid bakery worth a visit. Each and every one of them is passionate about great bread and sharing it with others, and is happy to help you pick the perfect loaf.

Mallorcan transplant Juan Ripoll founded La Mallorquina in 1894, and madrileños have found it all but impossible to resist their baked goods ever since.

A favorite of Spaniards and tourists alike, this bakery is known for its napolitana de chocolate, a chocolate-filled pastry made from croissant dough sure to satisfy any sweet tooth. It also offers a wide selection of seasonal Spanish sweets, and is always on the list of best bakeries in Madrid for holiday specialties like turrón and marzipan.

The two-story shop has a large seating area upstairs where guests can sip on a coffee with their pastries and watch the hustle and bustle of Sol down below. If you’re on a tight sightseeing schedule, enjoy your pastries standing at the bar or take them to go.

Situated in the ritzy Salamanca neighborhood, Formentor is known across the city for its appetizing ensaimadas. These spiral-shaped pastries originated in the Balearic Islands, but have become a Madrid favorite thanks in part to this bakery!

Formentor is also famous for its roscón de reyes, the ubiquitous sweet treat once Three Kings Day rolls around in early January. During the holidays, it’s not uncommon to see patrons lined up around the block, waiting to get their sweet fill.

La Rioja-born baker Don Dámaso de la Maza opened El Riojano in 1855, making it one of the oldest bakeries in Madrid. But before doing so, he served his pastries to Spain’s royal family as Queen Isabella II’s pastry chef!

The queen supported his decision to set out on his own, and even helped to decorate the bakery. To this day, El Riojano still serves its pastries to the Spanish royal family, solidifying its status as one of the best pastry shops in Madrid.

All of the cakes, cookies and pastries served here are baked onsite daily. When you find yourself sitting at a table in their sumptuous tea room, don’t forget to order a few pastas de consejo—small lemon-flavored cookies that were once served to King Alfonso XIII.

Everything about this bakery is antique, from the thick wood panels that cover its exterior to the old-fashioned register that still sits on its counter. All of the treats sold here are handmade and baked onsite in underground ovens.

This spot is also perfect if you’re craving roscón de reyes—no matter what time of year you’re visiting Madrid. While most bakeries offering roscón de reyes only do so during Christmastime, Pozo sells it year round!

In 1842, 21-year-old Luis Mira set off on foot from his hometown of Jijona, bringing little more than a solid supply of his homemade turrón with him. His dream: to sell said turrones (a sort of nougat-almond candy bar popular at Christmas) in Madrid’s Plaza Mayor.

Upon arriving in Spain’s capital, he did just that—at first hawking his turrón from a humble wooden cart. But word soon got out, and before he knew it, Mira’s turrones were gracing the tables of Spanish royalty and nobility. He moved his business from the cart to a storefront not far from the plaza, which is where Casa Mira still stands today.

Today, Casa Mira distributes its various styles of turrón throughout Europe and the Americas. In the days leading up to Christmas, it’s common to find long lines weaving out of the shop as seemingly the entire city flocks there to stock up on turrón!

For a more modern take on Spanish baking, head over to Pastelería Nunos. Pastry chef José Fernández-Ramos and his wife opened the shop in this century, making it pretty young in Madrid years. But what Nunos lacks in history, it makes up for in darn good pastries and some fascinating varieties of turrón.

In its relatively short lifespan, the bakery has earned accolades for the best torrijas, buñuelos, and roscón de Reyes in Madrid. Fernández-Ramos himself has also been named the city’s best pastry chef.

But if you’re only going to try one thing here, make it the buñuelos. Buñuelos, small balls of fried dough usually filled with cream, are the typical dessert of All Saints Day on November 1. Nunos is known for having some of the most unique and original buñuelos in all of Madrid, including flavors like Coca-Cola, gin tonic and Red Bull.

La Duquesita is yet another pastry shop in Madrid that deserves a visit! The namesake of the shop, “The Little Duchess,” is a statue mounted on a wall that has been there since it opened its doors in 1914.

Catalan pastry chef Oriol Balaguer took over La Duquesita in 2015 to keep it from closing down. While he’s introduced delicious modern pastries, he’s also worked to maintain the traditional essence of the shop—and the traditional pastries that have been served there for over 100 years!

What kind of bread do they eat in Spain?

Barras, or long, baguette-style loaves, are the most common type of bread in Spain. This will often be sliced up into smaller pieces to accompany meals—or some people will simply rip off pieces directly from the long loaf!

Why is bread important in Spain?

Bread is present at most, if not all, Spanish meals. It’s used as a sort of edible utensil to help push food onto forks, as well as for helping mop up all the delicious sauce left behind.

What do Spanish bakeries sell?

This depends on what kind of bakery the establishment is. A panadería will sell bread and other yeasted, savory baked goods. On the other hand, a pastelería (also sometimes called a confitería) specializes in pastries and sweets.

Update Notice: This post was originally published on December 7, 2014 and was updated with new text and photos on August 24, 2021. 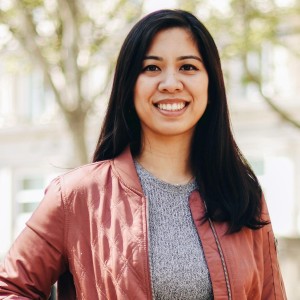