The Inside Scoop on Botin: The World’s Oldest Restaurant

Lot’s of visitors to Madrid are curious about Botin restaurant—and with good reason. This old eatery in the center of Madrid is world famous!

Check the Guinness Book of World Records and you’ll see Restaurante Botin listed as the world’s oldest restaurant. The restaurant is a hallmark of the Castilian style and its food and atmosphere make it an establishment to be cherished through the ages.

We feature an exclusive tour of the restaurant and a leisurely three-course meal on our Behind-The-Scenes Botin Lunch & Prado Museum Tour. Here’s a rundown of the history of this iconic eatery and why we think you should visit it!

Origins of a Classic

The famous meats roast in Botin’s cast iron wood burning stove, the same one used at its opening in 1725. Just under 300 years old, the oven still churns out delicious food—so delicious that the restaurant has attracted quite the clientele over the years.

Spanish painter Francisco Goya, American writer Ernest Hemingway, various European royalty and Spanish politicians all have made the visit to the world’s oldest restaurant. Today, the restaurant is a must-visit attraction for visitors to Madrid, but it’s also very popular among locals. Those who go there feast on the restaurant’s specialties: roast suckling pig (cochinillo) and roast suckling lamb (cordero lechal).

The first recorded mention of the building that now holds the world’s oldest restaurant dates back to 1590. This was a period of growth for Madrid, even when King Philip III temporarily installed his court in Valladolid. Later, in 1725, after the area around the Plaza Mayor had taken shape as a commercial center of the town, the nephew of French cook Jean Botin bought the building and converted it into an inn. It was during that time that the famous wood oven was installed, and the restaurant received its proper name: Sobrino de Botin (Botin’s Nephew).

Botin Through the Years

The restaurant came under new ownership in the 20th century, as the González family bought the business with the hopes of expanding it. However, this dream could not be realized until years after the Spanish Civil War. Finally, the González sons, Antonio and José, turned the world’s oldest restaurant into the landmark attraction that it is today. They have preserved its appearance, its service and its cuisine through the years.

Botin has four floors with wooden beams spanning the ceilings and tiles covering the floors. The ground floor is the bodega, or what used to be the wine cellars, and is lined with arched brick walls. Make sure to go all the way down, into the damp wine cave. The higher floors feature traditional Spanish artwork, and you truly feel transported back in time.

Visitors to Madrid often ask the same questions: Should we go? Is it worth the price? Our answer to both is a resounding “Yes!”

Botin is a veritable Madrid institution and it should be a part of every traveler’s itinerary. When you walk into Botin and take in the art, the architecture, the aromas and the tastes, you will become a part of this restaurant’s 300 year history. Take a seat at a table where Goya or Hemingway dined before you and feel the legends of Madrid come to life.

Can’t make it to Botín just yet? Go behind the scenes at this iconic spot in the video below! 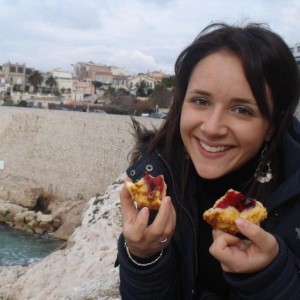