How to Celebrate New Year’s Eve in Madrid in 2019

If Madrid is the unofficial world capital of partying on any given night, just imagine what happens on New Year’s Eve.

The last night of the year, known as nochevieja in Spanish, takes the Madrid nightlife scene we all know and love and multiplies it by 100. The cava-fueled celebrations don’t even get started until shortly before midnight and carry on all night long until the sun comes up, the metro re-opens, and the first churros of the new year hit the fryer.

Tradition runs deep on New Year’s Eve in Madrid. Year after year, tens of thousands of locals and visitors alike pack Puerta del Sol to the brim. As Madrid’s answer to Times Square, this is the headquarters of the citywide nochevieja celebrations. Just swap out the glitzy ball for an old-school clock adorning the top of the Real Casa de Correos building.

Except this isn’t just any ordinary clock. After Queen Isabella II inaugurated it in 1866, it served for decades as the marker of the official time in Spain. Today, it doesn’t carry nearly so much weight—that is, until the last few minutes of the year, when every eye in Puerta del Sol (as well as millions more watching on TV) will be eagerly fixed upon it.

As midnight strikes on the old clock, it’s time to dive right into the first can’t-miss Spanish tradition of the new year: eating grapes! But, like the clock, the grapes here are a seemingly ordinary item that take on special meaning on New Year’s Eve in Madrid. There are 12 grapes, meant to be eaten one at a time along with each chime of the clock at midnight. (Sound easy? Wait until you try it for yourself!) From there, the crowd flows out of Puerta del Sol and into any of Madrid’s hundreds of bars and clubs. The party is just getting started!

It’s not New Year’s Eve in Madrid without an epic all-night rager. Luckily, that’s just what you’ll find at the city’s most iconic discotecas.

Take Kapital, for instance. Its seven floors of hardcore partying make it a must for nightlife lovers at any time of year, but their annual nochevieja party ups the ante like you’ve never seen it before. Tickets, which can go on sale as early as October, include four drinks and access to all seven levels, where madrileños and visitors alike ring in the new year with a once-in-a-lifetime party.

If you’re thinking, “Only four drinks?!” be sure to check out the festivities at Madrid’s other top discoteca, Joy Eslava. If you shell out the €55 for online tickets, you’ll have access to the cotillion, an open bar, and a special live show. Tickets will cost €95 at the door, so be sure to book now and save yourself the 30 bucks!

Along with Kapital’s party, the fun starts at 12:30, so you’ll be able to eat your grapes in Sol and crack open the cava before heading to the club.

It may seem like the way to celebrate New Year’s Eve in Madrid is to stay out all night at an expensive, crowded nightclub. However, don’t worry if that’s not your scene. For every late-night reveler, there’s another madrileño who prefers the low-key family celebrations at home.

Here in Spain, the winter holidays last for two whole weeks: from nochebuena (Christmas Eve) until Día de los Reyes (Three Kings’ Day) on January 6. Most Spaniards take advantage of this special time of year to enjoy good food and good company at home with their families.

The same goes for New Year’s Eve. First up, there’s a traditional dinner usually consisting of seafood or lamb. Then, the whole family gathers around the TV to watch the clock strike midnight in Sol and eat their 12 grapes. Afterwards, older family members might head off to bed while the younger generation heads out to meet friends.

Want to get in on the foodie fun for yourself? If you don’t have any Spanish friends who you can join at home, no worries. Some of the city’s top restaurants offer incredible special dining events on New Year’s Eve in Madrid. In addition to set menus designed by world-class chefs, many also feature live performances and a special themed party. Here are two top foodie events we’ve got our eye on this year.

Madrid’s stately Royal Palace is a must-see, but sometimes visiting a royal residence isn’t enough. It’s New Year’s Eve in glamorous Madrid, which calls for a celebration fit for royalty!

At the city’s iconic Westin Palace Hotel, things start off with a special gala dinner with a menu designed by two-Michelin-starred chef Kiko Moya. Moya has created a menu in eight acts for the occasion, with each course highlighting the techniques and ingredients typical of the Mediterranean.

From there, it’s time to celebrate in style, with performances by the distinguished international artists. Tickets will set you back €650 and include prestigious wine pairings, a dance floor with a full open bar, and midnight snacks including the ubiquitous grapes.

The bang for your buck

Luckily, you don’t need to shell out the big bucks to enjoy a fabulous meal on New Year’s Eve in Madrid. If you have access to a kitchen at your accommodation, it’s easy to recreate Spain’s culinary magic at home.

Head out to the market earlier in the day to purchase fresh, fairly priced ingredients from proud local producers. If this is your first foray into Spanish cuisine, we think you’ll be pleasantly surprised. You’ll find that you don’t need any weird ingredients or outlandish cooking methods to create exquisite dishes. Here, simplicity is key, and stands at the heart of a great holiday meal. Plus, after a relaxing, low-key meal at home, you’ll still be able to go out and enjoy the festivities later in the evening!

As the daughter of a barbecue master and a pseudo-vegetarian, Amy’s culinary obsessions run deep. She spent time in Galicia before settling down in Madrid, where you’ll usually find her browsing the bottles of a local bodega or ogling the produce at the weekend farmer’s market. 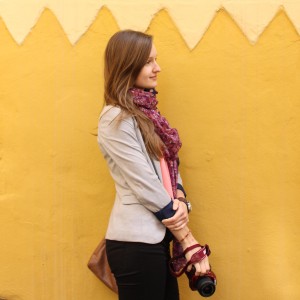 As the daughter of a barbecue master and a pseudo-vegetarian, Amy’s culinary obsessions run deep. She spent time in Galicia before settling down in Madrid, where you’ll usually find her browsing the bottles of a local bodega or ogling the produce at the weekend farmer's market.

Menu
PrevPreviousWinter Holidays in Madrid: What to do on Christmas and New Year’s Day
NextHow To Make The Most Of Winter in MadridNext